Meet our Board of Directors and view their biographies

View Board of Directors 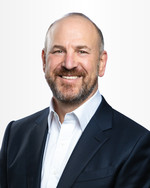 Prior to co-founding Owl Rock, Mr. Packer was Co-Head of Leveraged Finance in the Americas at Goldman, Sachs & Co., where he served on the Firmwide Capital Committee, Investment Banking Division (IBD) Operating Committee, IBD Client and Business Standards Committee and the IBD Risk Committee. Mr. Packer joined Goldman, Sachs & Co. as a Managing Director and Head of High Yield Capital Markets in 2006 and was named partner in 2008. Prior to joining Goldman Sachs, Mr. Packer was the Global Head of High Yield Capital Markets at Credit Suisse First Boston, and before that he worked at Donaldson, Lufkin & Jenrette.

Mr. Packer serves as Treasurer and member of the Board of Trustees of Greenwich Academy, and Co-Chair of the Honorary Board of Kids in Crisis, a nonprofit organization that serves children in Connecticut, and on the Advisory Board for the McIntire School of Commerce, University of Virginia. Mr. Packer earned a BS from the University of Virginia and an MBA from Harvard Business School.

Mr. D’Alelio was formerly a Managing Director and CIO for Fixed Income at Putnam Investments, Boston, where he served from 1989 until he retired in 2002. While at Putnam, he served on the Investment Policy Committee, which was responsible for oversight of all investments. He also sat on various Committees including attribution and portfolio performance. Prior to joining Putnam, he was a portfolio manager at Keystone Investments and prior to that, he was an Investment Analyst at The Hartford Ins. Co. Since 2002, Mr. D’Alelio has served as an Executive in Residence at the University of Mass., Boston—School of Management. He is also chair of the investment committee of the UMass Foundation. He serves on the Advisory Committees of Ceres Farms. He has served as director of Vermont Farmstead Cheese since September 2009 and on the board of Blackstone/GSO Long Short Credit Fund & Blackstone/GSO Sen. Flt Rate Fund since September 2008. He also serves on the boards of the Company, Owl Rock Capital Corporation II, ORCC Owl Rock Capital Corporation III, Owl Rock Technology Finance Corp. ORTF, Owl Rock Core Income Corp., Owl Rock Technology Income Corp., and Owl Rock Technology Finance Corp. II. Mr. D’Alelio’s previous corporate board assignments include Archibald Candy, Doane Pet Care, Trump Entertainment Resorts, and UMass Memorial Hospital. Mr. D’Alelio is a graduate of the Univ. of Mass Boston and has an MBA from Boston University. 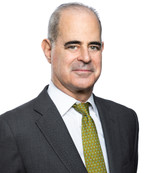 Mr. Kaye is the founder of Kayezen, LLC, a physical therapy and fitness equipment design company. Prior to founding Kayezen, LLC, Mr. Kaye served as a Vice Chairman and Managing Director of UBS Investment Bank, and a member of the division’s Global Operating and U.S. Executive Committees, from June 2001 to May 2012. For the majority of Mr. Kaye’s tenure with UBS, he was a Managing Director and led the firm’s Exclusive Sales and Divestitures Group, where he focused on advising middle market companies. Prior to joining UBS, Mr. Kaye has served as Global Co Head of Mergers & Acquisitions for Robertson Stephens, an investment banking firm, from February 1998 to June 2001. Mr. Kaye joined Robertson Stephens from PaineWebber where he served as Executive Director and head of the firm’s Technology Mergers & Acquisitions team. He serves on the boards of the Company, Owl Rock Capital Corporation II, ORCC Owl Rock Capital Corporation III, Owl Rock Technology Finance Corp. ORTF, Owl Rock Core Income Corp., Owl Rock Technology Income Corp., and Owl Rock Technology Finance Corp. Mr. Kaye holds a BA from Union College and an MBA from Columbia Business School. 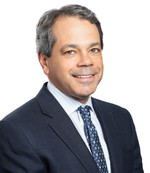 Mr. Temple has served as President of DelTex Capital LLC (a private investment firm) since its founding in 2010. Mr. Temple has served as an Operating Executive/Consultant for Tailwind Capital, LLC, a New York based middle market private equity firm since June 2011. Prior to forming DelTex Capital, Mr. Temple served as President of Vulcan Capital, the investment arm of Vulcan Inc., from May 2009 until December 2009 and as Vice President of Vulcan Capital from September 2008 to May 2009. Prior to joining Vulcan in September 2008, Mr. Temple served as a managing director at Tailwind Capital, LLC from May to August 2008. Prior to joining Tailwind, Mr. Temple was a managing director at Friend Skoler & Co., Inc. from May 2005 to May 2008. From April 1996 to December 2004, Mr. Temple was a managing director at Thayer Capital Partners. Mr. Temple started his career in the audit and tax departments of KPMG’s Houston office and was a licensed CPA from 1989 to 1993. Mr. Temple has served on the board of directors of Plains GP Holdings, L.P., the general partner of Plains All American Pipeline Company since November 2016 and has served as a member of the Plains GP Holdings, L.P. compensation committee since November 2020 and as a director of Plains All American Pipeline, L.P’s (PAA) general partner from May 2009 to November 2016. He was a member of the PAA Audit Committee from 2009 to 2016. Prior public board service includes board and audit committee service for Clear Channel Outdoor Holdings from April 2011 to May 2016 and on the board and audit committee of Charter Communications Inc. from November 2009 through January 2011. In addition to public boards, as part of his role with Tailwind, Mr. Temple has served on private boards including Brawler Industries, and National HME and currently serves on the boards of Loenbro, Inc. and HMT, LLC. He also serves on the boards of the Company, Owl Rock Capital Corporation II, Owl Rock Capital Corporation III, Owl Rock Technology Finance Corp. ORTF, Owl Rock Core Income Corp., Owl Rock Technology Income Corp., and Owl Rock Technology Finance Corp. Mr. Temple holds a BBA, magna cum laude, from the University of Texas and an MBA from Harvard. 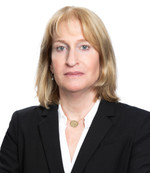 Ms. Weiler was formerly a Managing Director and a member of the Management Committee of Crescent Capital Group, a Los Angeles-based asset management firm (“Crescent”), where she served from January 2011 until she retired in December 2020. During that time, Ms. Weiler was responsible for the oversight of Crescent’s CLO management business from July 2017 through December 2020, and managed several multi-strategy credit funds from January 2011 through June 2017. During her tenure at Crescent, she also served on the Risk Management and Diversity & Inclusion committees. From October 1995 to December 2010, Ms. Weiler was a Managing Director at Trust Company of the West, a Los Angeles-based asset management firm (“TCW”). At TCW, she managed several multi-strategy credit funds from July 2006 to December 2010, and served as lead portfolio manager for TCW’s high-yield bond strategy from October 1995 to June 2006. Ms. Weiler is a member of the Cedars-Sinai Board of Governors and is actively involved in 100 Women in Finance. Ms. Weiler holds a BS in Economics from the Wharton School at the University of Pennsylvania and serves on the boards of the Company, Owl Rock Capital Corporation II, Owl Rock Capital Corporation III, Owl Rock Technology Finance Corp. ORTF, Owl Rock Core Income Corp., Owl Rock Technology Income Corp., and Owl Rock Technology Finance Corp. 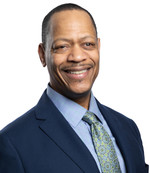 Mr. Woolridge previously served as a Managing Director of Barings Real Estate Advisers, LLC (“Barings”), the real estate investment unit of Barings LLC, a global asset management firm and as Head of the U.S. Capital Markets for Equity Real Estate Funds at Barings. Prior to that, Mr. Woolridge served as Vice President and Managing Director and Head of Debt Capital Markets – Equities of Cornerstone Real Estate Advisers LLC (prior to its rebranding under the Barings name) (“Cornerstone”) from January 2013 to September 2016 and as Vice President Special Servicing from January 2010 to January 2013. Prior to joining Cornerstone, he served as a Managing Director of Babson Capital Management LLC (“Babson”) from January 2000 to January 2010. Prior to joining Babson, Mr. Woolridge served as Director of Loan Originations and Assistant Regional Director of MassMutual Financial Group from September 1982 to January 2000. Since 2009, Mr. Woolridge has served on the University of Massachusetts ("UMass") Board of Trustees and has previously served as Chairman of the Board and as Chairman of the Board’s Committee on Administration and Finance. Since 2019, he has served as Chairman of UMass Building Authority. Mr. Woolridge has also served on the UMass Foundation’s investment committee since 2021. Mr. Woolridge previously served on the Board of Trustees of Baystate Health from 2005 to 2016, which included service as Chairman of the Board and on the Board’s compensation, finance, governance and strategy committees. Mr. Woolridge serves on the boards of the Company, Owl Rock Capital Corporation II, Owl Rock Capital Corporation III, Owl Rock Technology Finance Corp. ORTF, Owl Rock Core Income Corp., Owl Rock Technology Income Corp., and Owl Rock Technology Finance Corp. He holds a B.S. from the University of Massachusetts at Amherst and is a Certified Commercial Investment Member.